To rebuild your QuickBooks company file, do the following:

Once you’ve started the Rebuild Data utility, QuickBooks will prompt you to make a backup of your company file before continuing. Follow these steps to backup your data:

Step 2 – Choose the type (online or local) and options 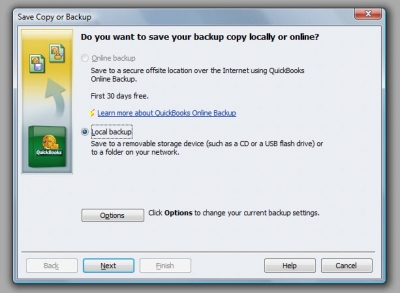 Step 3 – Choose the location for your backup 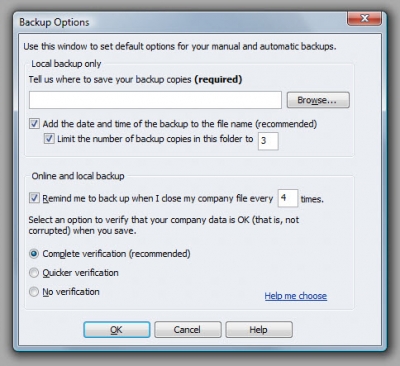 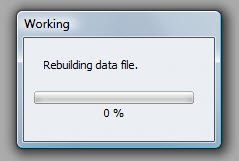 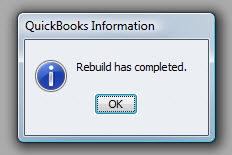 Some problems benefit from running the Rebuild utility several times in succession.

Rebuilding procedures are also outlined in this Intuit knowledge base article.

Intuit’s QuickBooks Company File Diagostic Tool is designed to diagnose and repair problems that prevent a company file from opening. The tool is a program that you can download from Intuit, install on the same computer where the company file is located, and run.

The program only works on company files (.qbw) from QuickBooks 2006 or newer.

There are 3 possible outcomes from running the Company File Diagnostic Tool:

If the tool identifies a problem and can’t fix it, you can either restore from a backup or investigate other data recovery options. If the tool doesn’t find a problem and you still can’t open the company file, your problem may be caused by something other than company file data damage, such as your computer configuration. There’s also the possibility that your company file has damage that the tool is unable to detect.

Intuit has a step-by-step guide to installing and running the Company File Diagnostic Tool.

Users experiencing error code -6130, 0 may need to run the tool a second time to resolve this error. There’s a checkbox setting specific to this error, Force 6130 Fix, that should be checked if a single pass of the tool doesn’t allow the company file to be opened without error. 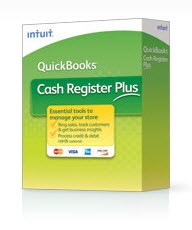